Why outsourcing can be a risky business

Royal Bank of Scotland recently announced it will move 443 jobs from the UK to Mumbai, India. So does outsourcing still come with the associated risk it did a few years ago? Well some experts believe the risks could actually be increasing.

The RBS roles involve administering loans for small businesses, but the bank says the decision-making i.e., whether to lend or not – will remain in the UK.

Many businesses outsource and there are a few options, including:

Risk managers will also no doubt be aware of the term ‘rightsourcing’ which is simply about deciding the best strategy for a business and typically involve a mix of outsourcing contracts and retaining resources in-house.

But while the cost arguments to shift jobs elsewhere can be compelling, there are counter arguments to suggest that it can also be false economy. So, while outsourcing companies may be selling the concept hard to a board, risk managers may also want to inform about the cons as well as the pros.

Given that outsourcing is common practice, it may surprise some that Risk.net lists outsourcing at number three in its top 10 of operational risks.

It notes that this is an area that is increasingly being focused on by regulators, who believe third-party oversight often needs to improve and there are strong sanctions in place for those who transgress. It was also pointed out that insurer Aviva was hit with an £8.2 million fine last October for failing to have adequate controls and oversight of outsourced client money handling arrangements.

Certainly, one of the biggest issues is data security. It is crucial that the company providing services can meet required standards and this includes being compliant with the soon to be enforced General Data Protection Regulation. Full responsibility is held with the company doing the outsourcing and this is a vital issue to bear in mind.

As businesses know only too well, a major outage, such as occurred for British Airways recently and the WannaCry global ransom ware attack, causes huge reputational and financial damage. At least it can be easier to handle a crisis if it happens in-house than if has affected a supplier, which may have numerous business concerns to deal with.

Meanwhile, for businesses that outsource to the cloud, the FCA produced guidance on data security issues surrounding this and takes a balanced approach, pointing out that the cloud can be an effective way of increasing security and bypassing legacy systems.

If a business does decide that it will outsource, then it is critical that risk managers are closely involved with the process. When data is being transferred or different systems are in place, there is increased risk and so ‘worst case’ scenario planning is essential.

Tom Smolcic of financial services consultant Brickendon wrote recently on whether the sector’s love affair with outsourcing was in fact turning sour. He said putting issues right when there are skills issues, for example, could negate any cost savings. “Increasing numbers of financial services companies reviewing their current practices are finding that due to the additional hidden or unforeseen costs, offshoring can be several times more expensive.”

Meanwhile, Brexit also poses its own risks for the outsourcing sector – for example, companies that have taken the nearsourcing route may run into difficulties once we leave the EU. Yet, the UK may also find it runs into shortage of labour difficulties if there is rising migration and perhaps prompt more outsourcing. Finally, a lot is talked about the rise of automation – could this lead to less reliance on external providers?

There is only one matter that is certain around outsourcing and that is in whatever form it takes, the challenges for risk managers are most definitely not going away. 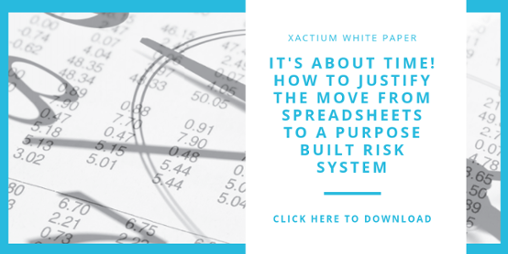