Risk managers should be prepared for potential new laws that may be enacted to ensure whistleblowers are subject to fair treatment, anonymity and possibly financial reward.

This follows concerns that those blowing the whistle can face extreme hardship, potentially having to leave their jobs and find it hard to find an alternative. At worst, bankruptcy could occur.

In August, a cross-party group of politicians was set up to put forward recommendations for more effective whistleblower legislation. The All-Party Parliamentary Group on whistleblowing is hearing evidence on whether change is needed. The group will also consider the issue of financial payments to whistleblowers - in the US; ‘bounties’ to the tune of around $6.5 billion have been paid out.

In the UK, and more broadly across Europe, there has been cultural opposition to cash incentives. However, this view has been challenged as being inaccurate and out of step.

He says the European system “turns informants into martyrs” yet sums recovered are likely to far outweigh any payments made. “Europe is asleep. I am angry at what I see in Europe,” he said at a conference.

Danske Bank’s Estonian branch is at the centre of a €200 billion money laundering scandal and other banks are also potentially implicated.

Bad banking behaviour was also exhibited by Barclays’ chief executive Jes Staley over a whistleblower incident and in May, he was fined of £642,430 by the Financial Conduct Authority and Prudential Regulatory Authority as well as being required to pay back his £500,000 bonus.

Staley admitted he became too “involved” with an incident in 2016 when he tried to track down the author who had sent disparaging letters about a new recruit, Tim Main who was a former colleague and friend, Staley tried to find out who was behind them using the bank’s security experts. Regulators were sharply critical of Staley’s interference saying this was a clear conflict of interest.

Barclays now has to report annually to the regulators informing them about how they are managing any issues connected to whistleblowing.

Lloyds has also been in the spotlight for the way it treated a former HBOS senior risk officer, Sally Masterton, who uncovered a large fraud in a branch. She left the bank in 2014 after spelling out her concerns in a report about an asset-stripping fraud at an HBOS Reading branch, ahead of the bank’s takeover by Lloyds in 2008. Rogue staff were pushing small firms out of business for financial gain and six of the businesses have since failed.

However, there are accusations that the report was covered up so that it did not impact on the takeover deal. The case has been raised in parliament, with Kevin Hollinrake MP, co-chair of the All-Party Parliamentary Group on Fair Business Banking, saying not only was Masterton “treated disgracefully”, but there needed to be called for a “full, exhaustive” investigation into the matter. She has meanwhile, recently received an apology and undisclosed financial compensation from Lloyds.

Banks must be consistent

The FCA is now speaking out on the topic and has told UK banks they are not dealing with whistleblowing in a consistent manner. The regulator wants banks to check their procedures for documenting whistleblowing investigations and to have appropriate and distinct training programmes in place for staff, managers and internal investigators.

The FCA added: “We expect the senior management of firms to oversee and ensure that their firm has fully considered and implemented effective whistleblowing arrangements and continuously assess how the arrangements are working in practice.”

Whistleblowers are often the key to unlocking financial crime but handling cases is never going to be easy, since some may be implicit in fraud themselves or have their own agendas. But, this aside, a sound policy that will stand up to the highest levels of regulatory and legal scrutiny should now be viewed as an absolute priority. 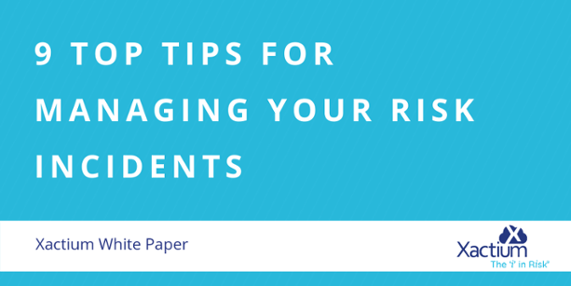