The Gender Pay Gap It's Now A Business Risk

It’s time for businesses to mind the gap - the gender pay gap that is - since having a wide gulf between the salaries of male and female employees is likely to lead to a rise in unwelcome risks.

So, what should risk managers be aware of when it comes to this highly topical issue?

If they work for a larger company (with 250 employees or more), their first set of gender pay gap figures should already have been published. The law now requires such firms to show their gender pay gap, in terms of the difference in pay between male and female employees.

From 4 April, gender pay gap figures appear on a government website and on the employer’s own website, with the numbers updated annually. Notably, the gender pay gap should not be confused with paying men and women different rates for the same job – although some companies may still be guilty of this. If they are, then this is contravening the Equal Pay Act of 1970.

How bad is the problem?
Even so, having disproportionate numbers of women in low paid work is a concern and also a waste of resource. And the most recent figures from the Office of National Statistics show the scale of the gender pay gap as follows:

Notably, the worst offenders in terms of paying men more than women are finance and insurance, followed by electricity and gas and education. It was shown the average woman working in the financial sector earns only 64p for every £1 a male colleague earns.

Making changes
More women working part-time, take career gaps to raise children and in some fields, are vastly outnumbered when it comes to highly paid jobs – airline pilots are an example. These are just some of the reasons for the gender pay gap.

However, some businesses do not offer equal opportunities and there are still plenty of all-male boards around.

Insurance broker and risk management consultant Marsh has recently recommended firms with a sizeable gender pay gap should give the matter their urgent attention, even if fixing the problem will not happen overnight.

According to Eleni Petros, Marsh’s employment practices liability manager, the risks include potentially breaching equal pay laws, employment-related claims on their liability insurance and shareholder actions based on reputational damage:

“It will raise scrutiny. If companies have a massive gender pay gap, I think there will be questions raised by employees as to whether they are being paid the same amount of money as the person next to them. I don’t think companies and boards can afford to leave it as just an HR issue. It very much needs to be centre of the board’s agenda.”

Certainly, if risks are to be reduced, companies should undertake proper analysis to understand why the gap exists. Further, female mentoring schemes or making it easier for women to return to work and indeed, allowing men’s roles to become more family friendly could make a difference.

There is no point alienating male employees by making hasty decisions that result in promoting unsuitable women. But, making progression routes fair will both encourage women and benefit the business overall.

It is also worth noting that while smaller firms are not required to publish gender pay gap figures, they do not escape the issue. Employees may well get wind of pay disparities and switch employers if others take diversity seriously.

The gender pay gap issue is out in the open and it is clear many firms have work to do in this area – more already are, but those that choose to do nothing could well be stacking up risk for the future. 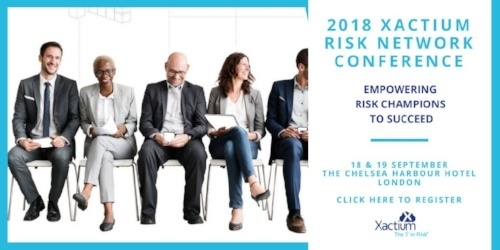