Data is not called the ‘new oil’ for nothing – for business, it’s a hugely valuable commodity, creating insights, allowing analytics and boosting competitiveness. And now, it seems, regulators are also getting in on the act. The Financial Conduct Authority and the Bank of England (which supervises firms via the Prudential Regulatory Authority) have recently announced plans to work independently and together to develop their data and analytics capabilities.
FCA makes changes
The FCA recently refreshed the data strategy it first set up in 2013, saying it had moved on from focusing on collection and management issues in reflection to how technology and analytics have evolved. The aim is to make better use of data and analytics, allowing ‘smarter’ regulation and also reducing the burden on firms. Specifically, the FCA will begin to:

Playing catch up
Because increasing numbers of regulated firms are using advanced data techniques, the FCA says it needs to understand what these are to be effective. The FCA also states that it is under increased pressure to change, due to the rise in the number of firms it ultimately regulates, citing the need for more efficient data collection and automation.

It aims to test and use tools such as web scraping, network analytics and natural language processing in a range of areas. There are also plans to make part of the FCA handbook machine-readable. The FCA will also be setting up data science units in selected divisions and looking at new opportunities that could arise from its migration to cloud-based IT infrastructure.

Progress from the BoE
The Bank of England, meanwhile, launched a discussion paper this January, called Transforming data collection from the UK financial sector. This documents outlines plans to boost effectiveness across the financial system and is part of a range of measures in response to the Future of Finance report. This was produced by financier (and former adviser to Mark Carney) Huw van Steenis, and called on the BoE to launch a new digital data strategy. The paper calls for input from the industry to lead to easier and more timely reporting.

There is a deadline of the 7th of April for responses to the 56-page paper and plans to then set up ‘one or more’ industry working groups later this year, leading to formal change for data collection reforms that will take place short-term and also over the next 5 to 10 years.

The FCA and the BoE have also said they will work in collaboration to explore common data standards, commission a joint review of the legal ramifications of writing instructions as code and produce a joint independent review on issues surrounding the digital regulatory reporting (DRR) project.

Developing DRR
Work on DRR has been a joint focus for the FCA and the BoE since 2017 with the intention of better connectivity and to find ways of linking regulation, compliance procedures and firms’ policies and standards, together with firms’ transactional applications and databases. This would mean firms could supply the data required by regulators automatically, helping to reduce costs and improve overall data quality.

However, while the FCA and the BoE are going full steam ahead with their plans, the Chartered Insurance Institute has recently commented that data is not a complete panacea - and emphasised the need for expert human intervention, with director of engagement, Keith Richards, stating:

“Data alone isn’t enough to prevent future consumer detriment. It is vital data is accompanied by human insight to ensure developments in the market are fully understood. Digital breadcrumbs can’t replace the knowledge gained by speaking to those who assist customers.”

The work being undertaken by the FCA and the BoE on data may well lead to a more progressive regulatory environment, but it will be subject to close scrutiny – and if it fails to be sufficiently transformative or the projects fail, then both institutions could open themselves up to scrutiny.

Learn about Xactium's own analytics tools, which can be used to measure, quantify and predict risk, giving risk owners relevant insights into their risk data. 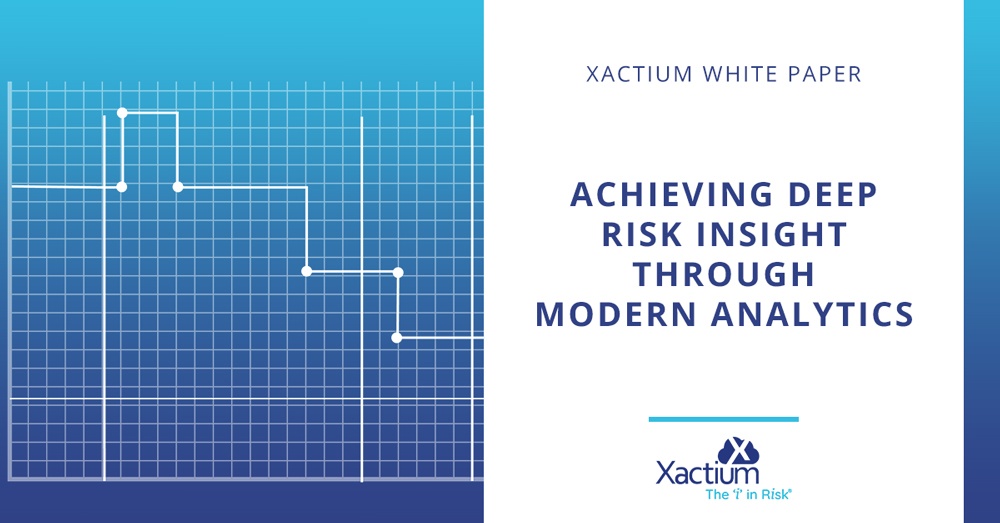