Learning from Carillion – why Corporate Governance Needs A Shake-Up

Poor corporate governance is a major reason why businesses fail and was instrumental in the disastrous collapse of Carillion. So, a forthcoming review of the Financial Reporting Council (FRC) should be widely welcomed by risk managers but what can they expect and will it go far enough?

What’s the problem?
Set up in 1990, the FRC oversees the disciplinary scheme for the accounting and actuarial professions and maintains the UK Corporate Governance and Stewardship codes.

In recent months, the FRC has come in for criticism on a number of fronts, in particular that it is “too close” to the firms it audits and that its sanctions are too lenient.

The review, which was announced recently by business secretary, Greg Clark, will be an independent inquiry led by Sir John Kingman, chairman of Legal & General and should be completed by the of the year. Its aim is to examine the oversight, accountability and independence of the FRC, and whether its powers are sufficient or if they should be extended.

It will also consider whether the FRC has sufficient resources, skills, experience and capacity to deliver its responsibilities, including whether its current funding arrangements are sufficient.

Does the FRC need more powers?
Criticism may be justified, but it should be noted that the FRC can only pursue actuaries and those who are members of accounting professional bodies. So, it can only pursue a limited number of individuals.

Notably, in the Carillion case, it is investigating under its accountancy remit, the conduct of two former finance directors, Richard Adam and Zafar Khan. However, other investigations may need to be handled by other regulators and authorities. It may make sense to provide the FRC with wider powers or certainly to encourage a more joined-up approach.

Raising reporting standards
Looking at Carillion, it was noted that corporate viability statements can be meaningless, since its directors stated they “have a reasonable expectation that the company will be able to continue in operation and meet its liabilities,” something that clearly was almost impossible, given its burden of debt.

And while most large firms also undergo board effectiveness reviews, there is no standardisation and some just rely on questionnaires and a tick-box approach.

Again, citing Carillion, in 2016, the company claimed its “board, each of its committees and the directors continue to be highly effective.”

Audit assessment to be a priority
Returning to the FRC’s core expertise, there are calls for far more rigorous and independent scrutiny of auditors and for checks that their pay is not excessive. All of the ‘Big Four’ firms have been criticised for work conducted for Carillion, however it’s the official external auditor KPMG who has received most attention and is currently subject to an FRC probe.

Rachel Reeves MP, chair of the Business and Energy and Industrial Strategy committee, said during the ongoing inquiry: "KPMG has serious questions to answer about the collapse of Carillion. Either KPMG failed to spot the warning signs, or its judgement was clouded by its cosy relationship with the company and the multi-million pound fees it received.”

Tougher sanctions ahead
But, auditors are facing more challenging times, as the FRC has said that from June, Big Four firms will be levied with fines of up to £10 million for “seriously poor audit work” and individuals will also be subject to exclusion from the accountancy profession for a minimum of 10 years for dishonesty. Previously, the largest fine ever levied by the FRC was £5.1 million.

Tightening up controls
For businesses in general, there are also changes to the Corporate Governance Code planned for 2019, with the FRC also developing new principles for large privately owned firms. Measures look set to include making it mandatory for companies to engage with shareholders if more than 20% vote against a company resolution and greater attention paid to pension rights.

While the fallout from Carillion continues, the scale of the collapse will undoubtedly put governance matters high on the agenda for the foreseeable future. 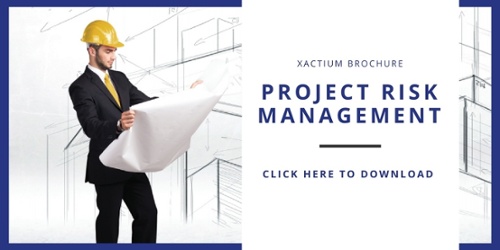