Final call for Senior Managers ahead of SMCR deadline

Time is running out to prepare for the Senior Managers and Certification Regime (SMCR), which will be rolled out across the financial services sector from 9 December, raising standards and introducing new levels of accountability.

It will see a further 47,000 firms subject to the regulation, including sole traders, and a more rigorous approach, but as many will already be aware, the regulator is leaving much of the final preparations to firms themselves.

According to David Blunt, head of the FCA’s conduct specialists’ department:

“We want people to think about what they are doing, not follow unthinkingly a set of tick box rules. That is why we are not planning to provide more guidance on reasonable steps on conduct rules or how to do certification.”

Meaningful change
In September, trade association UK finance and law firm Ashurst produced a report, SMCR: Evolution and Reform, looking at the experience of UK banks to see what changes they had implemented as a result of the regulation.

It spoke to 25 banks and around 60 senior managers and found that respondents saw regulation to be a positive development, which had led to an improvement in behaviour and processes. The report said the regulation had brought meaningful change ‘with an emphasis on a change in culture and behaviours.’

A further benefit was seen in having to clarify the roles and responsibilities of their key people with more focus being placed on governance when important decisions were made.  However, it was also stated that job mobility had become more challenging for those in senior roles, and most had some concerns that it could be difficult to access their records from a former workplace, should they be faced with a regulatory investigation.

Further areas of difficulties were that while breaches of conduct rules were being identified, this was not always being done in a uniform way and also that there was some difficulty in selecting which  employees needed to be certified.

Understanding roles and risk
Within the investment sector, knowing who to certify is proving problematic, with some experts recommending that SMCR requires a potential widening of the regulatory net. Regulatory consultant Bovill has pointed out there can be risk emanating from those who may hold more junior positions. It said that paraplanners and investment managers should potentially be certified and that there could be dangers in simply ensuring this was the case with those in roles typically seen as ‘senior’ such as heads of departments.

Bovill said that FCA definitions of client dealing functions were ‘complex and long-winded’ but that some employees, such as paraplanners and customer-facing assistants, could still ‘have a significant influence on client outcomes even though they are not the individuals authorised to sign off on any advisory recommendations or discretionary transactions.” The message is that employees who are involved in advice and/or arrangement of investments should be covered by SMCR.

A job at a lower level can still pose risks to the firm and this is why a broader approach can make sense. Meanwhile, firms do have a further 12 months after the 9 December start date to certify all relevant employees, but putting this off, could lead to complacency and possibly problems further down the line.

SMCR was brought in largely as a response to the financial crisis and issues such as LIBOR rigging – it exists in part, to make it easier for the FCA to bring enforcement action. Now is the last opportunity for firms to ensure they have a thorough grasp of this flagship regulation and to ensure they fully understand what functions their employees perform to avoid facing what could be serious consequences.

Find out more about Xactium's SMCR solution today and how we can help you get to grips with the regulation. 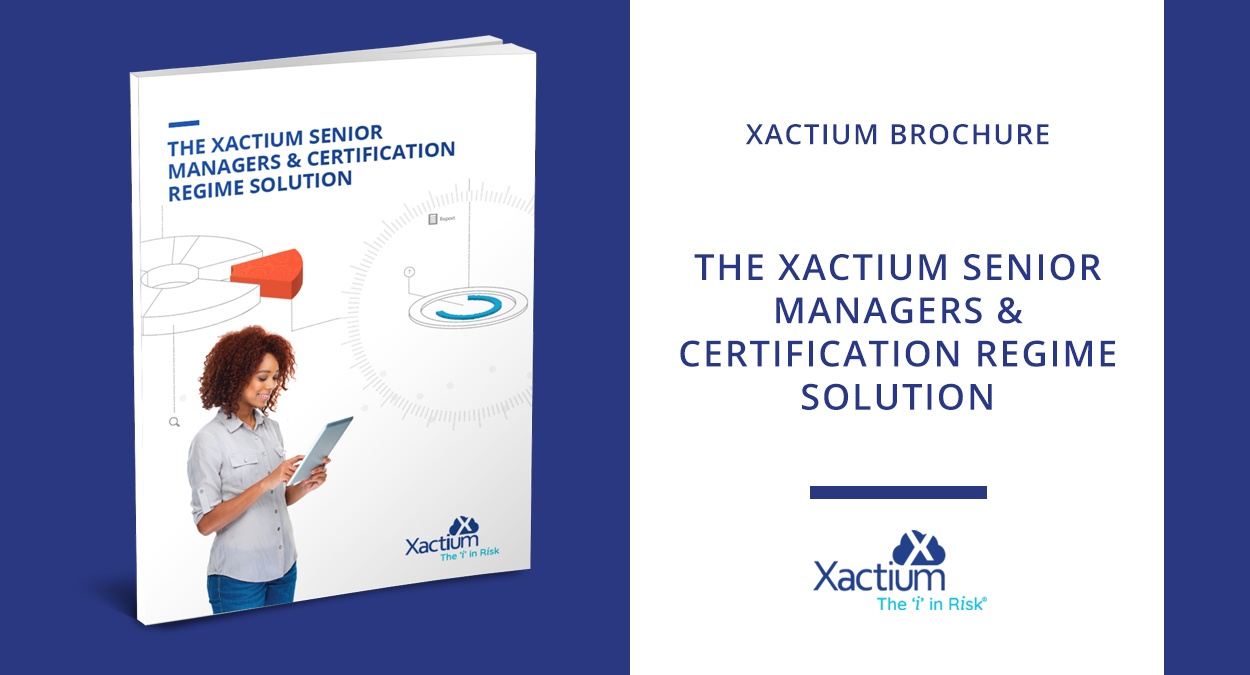