FCA to Tackle Dual Pricing in the Insurance Sector

Just because a business practice has been around for many years does not mean it should not be challenged and if necessary, replaced and a regulator on the warpath is also a very clear reason to introduce much needed change.

Such is the case with dual pricing and the insurance sector. Dual pricing refers to offering a cheap introductory deal and then hiking the price up, sometimes significantly, at renewal.

Clearly, many buying insurance will shop around – if they think a renewal quote is uncompetitive, then they will use price comparison sites or contact other providers directly. But, there are occasions when someone may not see the renewal notice, or in the case of a more vulnerable customer, may not feel confident about how they should find a better deal.

As risk managers may well be aware, dual pricing has incurred the wrath of consumer groups and is now on the FCA’s radar. It is included in the FCA’s business plan for 2018/2019, stating: “If competition is working well in a market, it should not overly disadvantage existing customers over new customers.”

The regulator will produce a report this autumn on the topic, but insurers should not be waiting around for this – as once the regulator has revealed a concern, providers need to sit up and take notice.

Trade bodies unite to tackle the issue
This has been the case with the general insurance sector’s two main trade bodies, the Association of British Insurers and the British Insurance Brokers Association. They have joined forces to launch an initiative called ‘Guiding Principles and Action Points’ that the FCA is aware of, and indeed has spoken positively about.

This sets to address issues that lead to vast pricing differences at initial quote and renewal in home, motor and travel cover. The trade bodies are urging members to reduce the very real risk of serious regulatory intervention on board pricing and to see this as a board-level matter.

Among the recommendations are having proper strategies to reward loyalty, rather than focusing solely on introductory discounts and also, to communicate with customers so they understand that their next quote may go up and the reasons why.

The ABI and BIBA have said they will produce a report in two years to show how insurers have responded and on the state of the market.

BIBA’s executive director, Graeme Trudgill, comments:
“We realise insurers need to be commercially successful, but dual pricing reflects badly on the market. Introductory discounts are not being spelt out by insurers and so customers’ understanding is not being managed. There’s also the issue of more vulnerable customers who may be less able to shop around. What’s more, some people want to stick with the same provider – their loyalty should be rewarded.”

Acting now is a wise policy
Time will tell if this will be enough to allay further regulatory intervention, but there is some optimism that less marked pricing differences are on their way and this is in part due to the FCA requirement – introduced in April 2017 – that requires providers to show the previous year’s price along with the renewal quote.

This has helped improve clarity and some insurers, Direct Line, for example, has said they have introduced new pricing policies over recent years to ensure premiums do not rise for no reason. The insurer said it has been actively reviewing the accounts of long-term customers on auto renewal, with many of those have already seen their renewal premium either frozen or reduced.

It is a difficult balancing act as standard personal lines insurance is very much about volume – getting in the business is best facilitated by offering competitive prices and this has been the short-term focus, rather than thinking about customer loyalty.

The FCA’s warning shot has forced a rethink, however, prompting a different approach and one that is likely to be fairer all round. 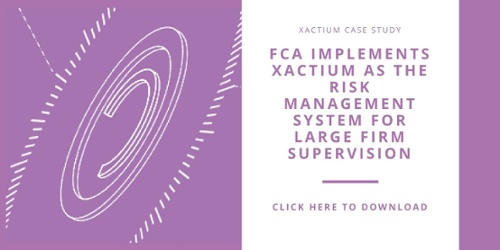