Cryptocurrency moves under the regulatory spotlight

From a regulatory perspective, the cryptocurrency sector, known as the wild west of finance, is poised to be tamed with many operating within the sector strongly in favour of more compliance as they seek to kick-start the market again.

Investors have bore the brunt of what has been a torrid time for cryptocurrencies. Recently, Bitcoin and other major digital coin prices have been crashing through the floor. Bitcoin has fallen over 80% since late 2017 and big falls have affected others including Ethereum, Litecoin and Ripple’s XRP. There remains little interest in the sector from institutional investors.

Apart from the extreme volatility, the cryptocurrencies have also been used to help facilitate money laundering. While Europol has suggested that only 3-4% of contemporary money laundering is conducted via cryptocurrencies, the reality is that this figure may well be higher since it is difficult to trace transactions through such platforms. Groups linked with al-Queda, for example, have reportedly been caught seeking funding via Bitcoin on social media.

"Within the next year or two, we'll see big developments in the crypto market. Regulation will take shape this year, particularly in Europe."

The government has already said it is preparing to provide the FCA with more power to regulate the sector and notably, at the end of last year, the FCA was in the process of investigating 18 businesses involved in cryptocurrency regulations. It also issued alerts and warnings about dozens of companies suspected of crypto scams.

The FCA is understood to be close to launching a consultation on how the crypto sector should be regulated and Christopher Woolard, the FCA’s executive director of strategy and competition, said:

Further to this, the FCA is also working with the HM Treasury-led Cryptoasset Taskforce, which was set up in March 2018 by the Chancellor and which also involves the Bank of England. A consultation will likely be published in the first quarter of 2019, which will likely recommend a ban on the sale of crypto derivatives to retail consumers including CFDs, futures, options and transferrable securities.

“As an industry, we have been calling for the introduction of proportionate regulation. Over the coming months we will be working closely with policymakers, including the FCA, to develop new regulation that strikes the balance between ending bad practice and enabling this exciting industry to flourish, as it does in other countries.”

Among those also calling for better regulation is the Organisation for Economic Cooperation and Development (OECD). It called on global regulators to work collaboratively and to come up with a supervisory framework for initial coin offerings (ICOs) that would seek to"allow them (ICOs) to deliver their potential in the financing of blockchain-based SMEs, while adequately protecting investors.”

The European Banking Authority outlines the need for pan-EU rules to improve investor protection that would seek to override any existing measures in member states.

It is interesting to note that businesses operating in the sector are seeking to recruit more compliance professionals in preparation for future regulations. The FCA is mindful that the UK will not want to crush the sector with rules that are too onerous; instead the overall objective would be to introduce tighter rules which would seek to raise overall standards, while post-Brexit, allowing the country to take a leading role in attracting legitimate businesses.

There are therefore potential opportunities to be found within this market despite the current uncertainty surrounding cryptocurrencies. Risk managers may wish to keep a watchful eye on any future developments affecting regulations, which may once again push the crypto market back into the limelight.

Find out why the FCA selected Xactium for the supervision of it's large firm population... 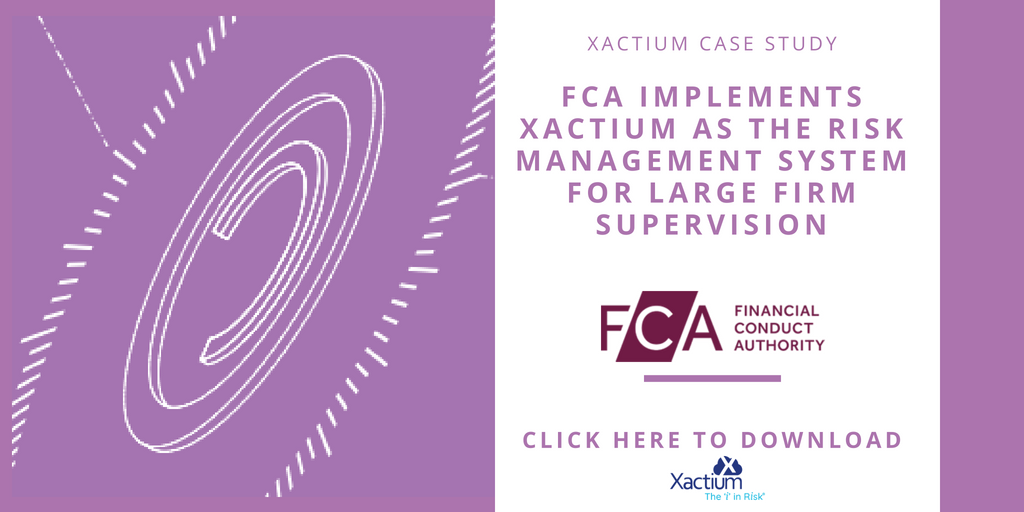