Criminals use social media as a fast track for fraud

When it comes to fraud, social media is a double-edged sword. It’s a useful tool in the fraud investigator’s armoury, but in far greater numbers, criminals are finding it a quick, easy and anonymous route to ensnare their victims.

In recent weeks, the FCA has stepped up warnings about ‘ghost brokers’. These criminals scam in a number of ways and usually try to target young drivers by offering cut price cover that is vastly cheaper than what is offered through legitimate insurers. Action Fraud has said that drivers between the ages of 17 and 24 are most likely to be conned with ghost brokers either supplying forged documents to the client; falsifying the client’s details so that they can obtain insurance more cheaply, or by taking out genuine cover then cancelling it soon after to claim a refund while also pocketing the fee paid by the client.

Most recently, the FCA raised the alarm about two fake car insurance firms on social media. Fast Camel Car Insurance was on Facebook and @carinsurance.ltd targeting customers via Instagram. Neither are authorised by the FCA and a few months earlier, the regulator had warned about other suspect motor insurance providers - Delta Car Insurance, Cheap Insurance Broker and B1 Insurance - all selling on Instagram.

Insurers are far from being alone when it comes to fraud perpetrated on social media. Around 50 people who were customers of digital bank Monzo said they had been scammed. The victims, aged between 16 and 32, lost around £590 each and were fooled by a range of ploys that promised riches from ‘trading’ for no effort, other than depositing a payment. Many more may have also been taken in but were too embarrassed to admit it.

Monzo said victims were approached via Snapchat and Instagram as these social media platforms were considered more popular with younger people (who are typically Monzo customers), compared to Facebook and Twitter.

Meanwhile remote purchase fraud is a favoured route to steal card details. This occurs when heavily discounted goods are offered via social media. Criminals involved in this will use a stolen card to make the purchase, while the buyer’s card details are stolen and passed on to other fraudsters. Back in 2018, it was reported that 95 arrests had been made across Europe, with the criminals suspected of making over 20,000 transactions with compromised credit cards.

In June 2019, a bizarre letter headed ‘Barclays Bank’ began circulating on social media. It warned customers their debit cards could combust because of a fault in the manufacturing which could lead to a ‘pocket fire'. Customers were instructed to send in their card along with their PIN number in exchange for a new card. It’s unknown if anyone took the bait but a blogger, Simon Harris, later claimed he had created it as a joke to show “there are people on the internet who will literally believe anything.”

The harsh reality is people of all ages are at risk of being scammed whether it's through social media or via more traditional avenues. Criminals will often tailor their approach and activities according to their target audience. They will scam older customers, for instance, by phone and over longer periods with the goal of securing larger amounts of money, while younger people who may have limited financial awareness, and are used to making quick purchases online, can be trapped by bot attacks for smaller lump sums.

On the flip side, Social media can be an important ally when it comes to the fight against fraud.  A recent case involving boxer Conroy Downer,  saw him pay out £13,000 in costs after being exposed via Facebook having been dishonest over a previous motor claim.

Investigations by Axa found that Downer had said injuries to his neck and back, following a minor crash, were considerably more serious than they actually were. In fact, it was found via Facebook that he was exercising rigorously and damage to his Mitsubishi Warrior was not consistent with the nature of his alleged injuries either. Downer was found to be “fundamentally dishonest” and his name added to the Insurance Fraud Register.

Social media can be an extremely useful source of data for counter fraud professionals, but there are certainly no easy answers. With many millions using these networks everyday, fraudsters will continue to find opportunities to target often vulnerable individuals.

Take a look at our white paper which provides an overview of the FCA compliance requirements in the UK and how a flexible ERM system such as Xactium's can help organisations to manage their risk and compliance operations. 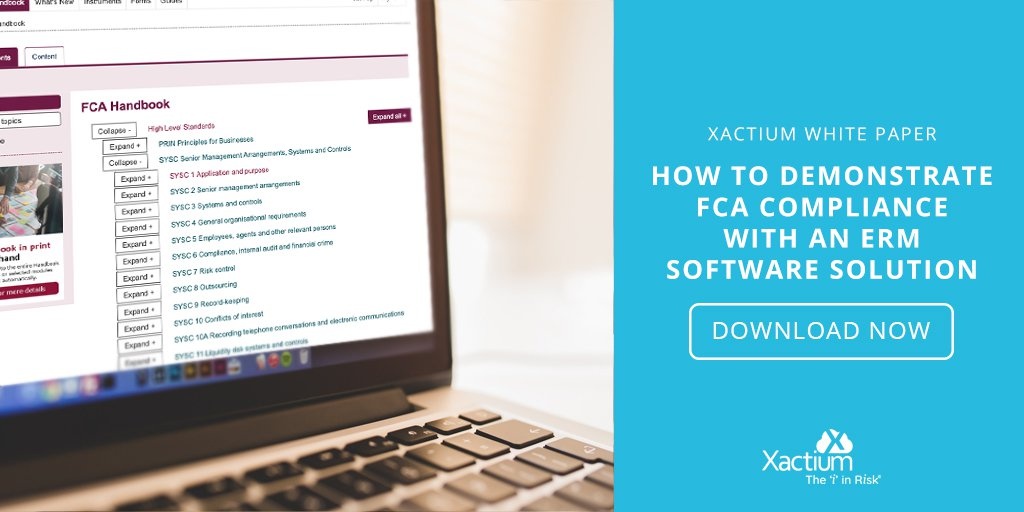