There’s been a flurry of news stories about the dangers of ghost broking of late and a number of prosecutions. It’s not only consumers who should be on their guard, insurance risk managers should be aware this crime damages reputations, can mean being caught up in police investigations and contributes to rising costs for honest policyholders.

As Andy Fyfe, head of the City of London Police’s Insurance Fraud Enforcement Department (IFED), says: “All the main insurers are talking about ghost broking as one of their main concerns.”

From November 2014 to October 2017, Action Fraud received more than 850 ghost broking reports, with losses totalling around £631,000. On average, each lost £769 but it’s thought that many more will not realise their insurance is invalid.

Who are they?
A ghost broker pretends to be a genuine insurance intermediary. They typically target drivers who pay more for insurance, usually young males.

Ghost brokers reach buyers via social media, such as Facebook and Instagram or apps like WhatsApp and Snapchat. They may also advertise on websites, forums and college notice boards and their pitch is simple; their prices are way cheaper.

How they operate
Ghost brokers scam customers in a number of ways, such as falsification of details to obtain a cheaper quote, so this could be the age, address and claims history. Technology allows them to forge genuine insurance documents and some ghost brokers obtain payment from the customer, take out a policy and then cancel it, keeping the refund. Some recent cases, investigated by IFED, include:

1) Nigel Fox, a former Hull broker, who was jailed this May for 12 months after he admitted incepting fake policies for ‘hundreds’ of people. It was noticed policy details had similarities, including the IP address, email, property and credit card. Fox was using false information to obtain cheaper premiums via price comparison sites. He was also creating fake no claims discount letters to lower the cost further. He had customer details from his previous broking job and also kept his work mobile number. It is believed he made some £25,000 from the fraud.

2) Abdul Hakim from Oldham was jailed for three years and eight months this April for attempting to steal over £321,000 by selling 21 fake car policies and making 18 fraudulent claims for false motor accidents. He offered cheap car insurance, falsifying information including changing address details to rural locations to lower premiums. He also charged a ‘finder’s fee’ to boost profits. His claims fraud was audacious.

Hakim would find details of crash damaged vehicles and using a customer’s insurance details, pretended to be the policyholder and said he was at fault, fabricating accident details. He would then contact the same insurer, but say he was the other driver. Claims included fake repair reports, inflated credit hire and phoney evidence for personal injury. He would even pretend to be a claimant solicitor.

3) Antique Khan posed as an insurance broker, selling fraudulent policies in restaurants, internet cafes and by the roadside in Bradford. Over 50 people bought these and he made some £253,000. In April 2017, he appeared at a confiscation hearing and was told to repay the money back or face two years in jail.

Clearly, strong counter fraud activity to try and scupper ghost broker activity at an early stage is essential. There is more awareness around but consumers should also understand that if cover is too cheap, it may well be fake. Driving uninsured could mean licence points, fines and having a vehicle seized and impounded or even destroyed. Checks can be made to see if a broker is FCA regulated and also via the Motor Insurance Database to see that insurance is in place.

With ghost broking in the news, insurers should do all they can to take on the ghost brokers, through effective use of systems, checks and staff training – it’s time to bust them out of the marketplace. 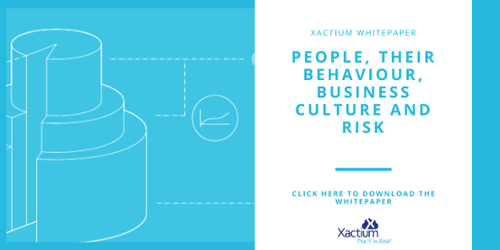